This volume opens with a journalist who’s chasing the story of a mysterious remaining last man. The people she interviews offer opinions that seem pretty in line with what we might expect to hear. Some reference an air raid bunker that’s supposedly holding a prize; another says she heard that some of the men in Rwanda were immune to the plague; another asks why no one thought about the astronauts. Most fittingly, one asks who really wants to know. Some accuse the journalist of giving people false hope by spreading the idea that there is a man still left, but she counters by saying that her gossip rag, no matter how much truth or falsehoods it holds, just helps people feel normal again. Of course, we know that there is some veracity to her search, and it’s only a matter of time before she finds him and exposes him—literally—to the world.

END_OF_DOCUMENT_TOKEN_TO_BE_REPLACED

Toward the fall, I started to get antsy for classic science-fiction stories, and as Netflix had acquired the rights to Blade Runner, I thought it was the perfect opportunity to take out this much-revered novel and see how it stacked up, both against the beloved movie version and against our times. Philip K. Dick is undeniably one of the most thought-provoking writers of plot in the genre, but his literature, in and of itself, can sometimes be a little lacking. I suppose your feelings on it will depend on whether you read more for plot or for style, but as I’m more a fan of the latter, I don’t always find Dick’s work to be as breathtaking as others may. That said, I do find his ideas quite interesting, and I was happy to see in Do Androids Dream of Electric Sheep? that the questions he poses are ones for which we still have no answers and about which we’ll likely continue to wonder for some time to come.

END_OF_DOCUMENT_TOKEN_TO_BE_REPLACED

Volume six finds our crew aboard The Whale, a ship bound toward Japan where the three hope to recover Yorick’s stolen monkey, Ampersand. Unfortunately, the crew doesn’t take kindly to their new shipmates until the captain’s interests are provoked by seeing the last male person on Earth. That goes about as expected, until Yorick finds out the captain’s intentions with her cargo ship don’t meet his moral standards. More surprising to him, though, is his discovery of the developing relationship between Dr. Mann and 355, one that he reacts to with childish homophobia that is far less charming than it probably was back in the aughts. Yes, Yorick, sexuality is a spectrum, not a constant. Your early 2000s sensibilities are showing.

END_OF_DOCUMENT_TOKEN_TO_BE_REPLACED

The adventure of Yorick Brown and his two traveling companions continues with the three having finally made it to California. This volume opens with Yorick entering a church and finding a former flight attendant taking refuge in it. We learn that the group has been on the road for two years and have had to do much of their travel on foot. They’re expected to reach Dr. Mann’s lab in another day or two, where she hopes to find out what killed all living beings with a Y chromosome and why Yorick and his pet monkey, Ampersand, were the only ones spared.

END_OF_DOCUMENT_TOKEN_TO_BE_REPLACED 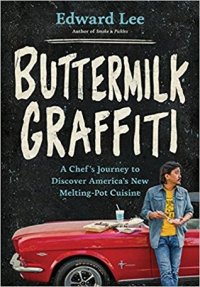 I’ll admit that I knew nothing of Edward Lee before hearing about Buttermilk Graffiti on All the Books. The idea of a chef tracing American culture through immigrant food was an intriguing one. As anti-immigrant as the country can be, most of our beloved foods came from different countries and we’ve made them our own. You can’t get much more American than hot dogs, hamburgers, and pizza, yet we wouldn’t have any of those if it weren’t for immigration. I was interested to learn more about how cultures evolve and how immigration necessitates deviation from tradition. No longer having access to certain ingredients means new ones will be incorporated, and an entirely new dish will be born, no less part of a tradition than the original concoction. Had Lee actually pursued that line of investigation, I think this book would have been quite interesting. Alas, he doesn’t, and it kind of isn’t.

END_OF_DOCUMENT_TOKEN_TO_BE_REPLACED 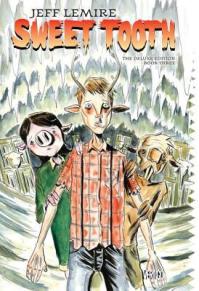 Finally, we get to learn the origin of the virus that has taken over the world and resulted in the birth of a new type of human-animal hybrid. Alas, as we’ll probably find out with our own pandemic, that reveal is less satisfying than we might have wished.

END_OF_DOCUMENT_TOKEN_TO_BE_REPLACED

I found this book on a whim and was drawn to it by its premise. What if all the diseases we considered to be faults of the mind are actually the result of infectious pathogens? How would that change our understanding of mental illness? Would that finally give some legitimacy to those who are maligned for being mentally unwell? How would this change the healthcare industry as well as our own individual perceptions? The idea is fascinating, especially since science has already proven some previously thought mental ailments to be symptoms of viral or bacterial infections—Washington notes right away that the disease of paresis, which is characterized by dementia and paralysis, is absent in the developed world, as it is not a psychological illness in and of itself but a symptom of late-stage syphilis, for which we now have an easy and readily available cure. Washington attempts to investigate what else might be cloaked under the stigma of mental illness and whose origins might be located in a treatable infection. While the idea is a bold and necessary one, the manner in which she reports her findings in this book is, well, less than convincing.

END_OF_DOCUMENT_TOKEN_TO_BE_REPLACED

As I’m nearing the end of the Baldwin catalog, I’ve reached the posthumously published works. The Cross of Redemption is a collection of Baldwin’s published writings that were previously uncollected in any one book. These include various essays, speeches, letters, forewords and afterwords to other books, book reviews, and even a piece of short fiction. While there are some real gems to be found here, the problem with a collection like this is that it treats Baldwin’s work as a cohesive whole. His previous collections of essays were curated, and they were meant to tell a story together. That’s not the case here. There’s no thread that ties all of these together, other than the fact that Baldwin wrote them and the editor has decided that each piece of his writing is of equal importance and must be read. It’s not for the casual Baldwin reader or someone looking for an introduction to his works. I’d only recommend it for those who are trying to read everything he’s written or who are embarking on some sort of research project. That said, I did enjoy encountering some of Baldwin’s typical knock-out writing in this volume.

END_OF_DOCUMENT_TOKEN_TO_BE_REPLACED

This volume of the series opens with Yorick, 355, and Dr. Mann on the search for something to cure the ailing monkey, Ampersand, who is sick from…well, I don’t actually remember if that was even mentioned in the previous volume, but it’s a convenient excuse to leave Yorick with 355’s fellow agent 711 and introduce a little BDSM into our storyline. Yorick quickly finds himself drugged and tied up, at the whims of a scantily clad, whip-wielding former agent of the Culper Ring. And, it seems, in order to determine the level of Yorkick’s desire to live, it is necessary to launch some homophobic slurs in his direction and question his “manhood” because he hasn’t taken the opportunity to screw every woman in sight and, instead, has remained loyal to his girlfriend, Beth. It’s a bizarre plot line, seemingly more intent on shocking the reader than providing any real plot development, but here we are.

END_OF_DOCUMENT_TOKEN_TO_BE_REPLACED 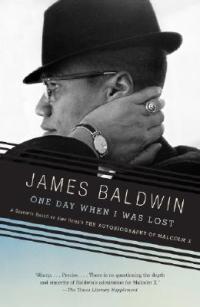 It wasn’t until I did some research for my podcast episode about The Autobiography of Malcolm X and Spike Lee’s film that I learned that, while several writers attempted to write a script based on the book, Lee ultimately chose Baldwin’s effort on which to base his epic masterpiece. One Day When I Was Lost is the screenplay that was never realized on film. Baldwin chronicled some of the difficulties of writing for Hollywood in The Devil Finds Work, in which he relates that he was encouraged to increase the action sequences and learned that the script would be cut to emphasize entertainment. Baldwin abandoned the project, and his writing was produced only in book form until Lee decided to work from it in the early 90s. As such, the book bears strong resemblances to the resulting film. It doesn’t necessarily feel complete, but it is a clear stepping stone to what I consider to be the best movie I’ve ever seen.

END_OF_DOCUMENT_TOKEN_TO_BE_REPLACED

Listen to The English Chronicles