On to our third president! From the previous two biographies, I’ve gotten the notion of Thomas Jefferson as something of a contentious politician. Having drafted the Declaration of Independence and helped lead the country away from monarchy, TJ was as fierce a proponent of republicanism and anti-heredity as there ever was. His fears that the country would return to hereditary rule was one of his chief characteristics as a political leader and it was the cause of much of his conflict with John Adams. Additionally, Jefferson’s non-political ordeals  – specifically, his fruitful relationship with his slave Sally Hemings – are now a part of the national consciousness and can no longer be ignored. He has always seemed to be a man of contradictions and, in The Art of Power, Jon Meacham presents him as exactly that.

END_OF_DOCUMENT_TOKEN_TO_BE_REPLACED

In this second presidential biography, David McCullough provides a sweeping narrative of John Adams’s life. History seems to have largely forgotten Adams – there are no monuments to his name, his birthday is not a national holiday, his face does not appear on any form of currency. McCullough’s biography attempts to correct that mistake, giving modern readers a thorough account not just of his presidency, but all that he accomplished in the years leading up to it. If, at times, I felt a bit fatigued by the extent of McCullough’s detail, this was made up for by the fact that his life contained as much drama as, well, an HBO miniseries.

END_OF_DOCUMENT_TOKEN_TO_BE_REPLACED 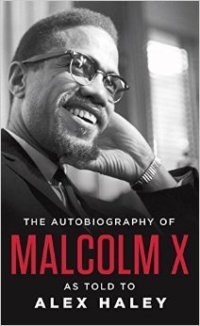 The great thing about books is that they help us understand not only others, but ourselves and our own place in history a little bit better. Growing up I knew little of Malcolm X. I was raised Catholic, owing to my mother, but my father (the black side of my family) was Methodist and the First Nation of Islam was so far off my radar as to be non-existent. It was something for other black people, the ones who changed their names and insisted they were African, not American. (Conversely, I know now that we were the “smug” and “intention-hungry Negroes” that Malcolm X detested.) I read maybe a few passages from The Autobiography in school, but Malcolm X was never studied in depth and overall I got the sense that, while he contributed to our history as black people, he was not to be admired. I could have gone my whole life thinking that had I not taken it upon myself to learn more.

END_OF_DOCUMENT_TOKEN_TO_BE_REPLACED

I have to admit that I knew very little about Supreme Court Justice Ruth Bader Ginsburg before reading this book. I was aware of her dissent in the Hobby Lobby birth control case, but I was not aware of how tirelessly she has worked for equal rights throughout her career. In Notorious RBG: The Life and Times of Ruth Bader Ginsburg (2015), authors Irin Carmon and Shana Knizhnik provide a thorough, yet highly readable and entertaining portrait of this influential woman.

END_OF_DOCUMENT_TOKEN_TO_BE_REPLACED

I have never felt so much smarter and stupider, in equal parts, for reading a book.

For Book Riot’s read a biography task, I ambitiously chose Walter Isaacson’s tome Einstein: His Life and Universe (2007). It was in the spirit of the “Read Harder” challenge that I picked a book that I would not normally put forth the time and effort to read. Biographies are not my typical genre and physics is, well, I’m told I made my high school physics teacher cry, so there’s that. Perhaps part of me wanted to return to my days at the University of Chicago, pouring over erudite writings on which I had only the most tenuous of grasps. Those days were not fun, but they did leave me with the occasional masochistic desire to immerse myself in scholarly works and see how I make it through to the other end. I’d say this fit the bill nicely.

END_OF_DOCUMENT_TOKEN_TO_BE_REPLACED

Unbroken: A World War II Story of Survival, Resilience, and Redemption (Laura Hillenbrand, 2010) is the biography of Olympic distance runner and World War II prisoner of war survivor Louie Zamperini. It is both an enthralling action story and harrowing account of the strength of men, and a trove of history for people (like me) who have the luxury of not really knowing what happened during that dark time in our world. It is an utterly compelling book whose pages beg to be turned while being overwhelmingly heartbreaking. I could not put it down.

END_OF_DOCUMENT_TOKEN_TO_BE_REPLACED

Listen to The English Chronicles